Munich, February 2018: The private equity industry anticipates more M&A transactions on the part of PE firms in 2018 than last year, confident that the favorable economic outlook will offset economic uncertainties such as the ongoing Brexit negotiations. This is among the conclusions reached by the new "European Private Equity Outlook 2018", (Download study here) a study for which Roland Berger interviewed a cross-section of private equity professionals from around Europe. The most attractive industries for M&A with PE involvement are Pharma, Business Services & Logistics, and Technology, Media & Telecommunications (TMT). There is also rising interest from Chinese investors, who benefit from a large home market and access to favorable financing conditions.

"Sentiment in the private equity industry is good, even though Europe's biggest M&A market, the United Kingdom, is still troubled by uncertainty over the ongoing Brexit negotiations," says Sascha Haghani, CEO DACH region and Head of Restructuring & Corporate Finance at Roland Berger.

Christof Huth, Partner and Head of Investor Support at Roland Berger, explains that, "Although valuation multiples were in some cases already very high last year, PE funds are still on the lookout for attractive targets." The low interest rate environment makes it easier for firms to finance an acquisition with debt.

The surveyed professionals expect France to experience the strongest rise in PE activity in the European context owing to the country's pro-business stance. Strong growth is also anticipated for Spain and Portugal, albeit from a low level. Bottom of the European rankings come Greece and the UK, which is still suffering from the lack of certainty surrounding Brexit. PE activity in Germany is likely to see a moderate rise in 2018, given the already high level of transactions in the German market.

Among the experts polled, 80 percent cited Pharmaceuticals as the most attractive sector for transactions, followed by Business Services & Logistics (75%) and TCM (74%). Fewer acquisitions are anticipated in Energy (16%), Construction (14%) and Automotive (11%). "Stable business models that are often immune to problems in the wider economy, such as those that are common in pharma and healthcare companies, are what a lot of investors are looking for right now," explains Huth. "Tech firms are also popular targets at the moment."

Nevertheless, this year PE firms will likely focus more on selling their existing investments than on making new acquisitions: Divesting existing investments is now top priority (30%), ahead of two popular activities from the past couple of years, namely making new investments (25%) and development of portfolio companies (22%). The key reason for the priority of divestments over investments may be the elevated valuation level for assets, 93 percent of professionals having expressed their opinion that multiples paid for certain acquisitions are currently overvalued.

The surveyed professionals cited majority shareholdings in family-owned companies (58%) as the main source of acquisition targets, followed by secondary buyouts (54%). When it comes to the scale of the transactions, most deals are, like last year, anticipated to fall into the small cap segment (valuations up to 100 million euros) as well as the mid cap segment (up to 500 million euros).

Chinese investors are buying on a larger scale

Chinese investors have been increasing their PE involvement in Europe in recent years and many industries are happy to see them do so. "Numerous companies, especially small and mid cap firms, have very limited access to the significant market in China," says Christof Huth. As he points out, "A Chinese investor who can open doors there can be extremely helpful."

More than two-thirds of the PE professionals polled believe that the private equity business model is set to see a greater shift towards active portfolio management. "PE firms that seek to add real value in their portfolio need to be actively involved in decisions taken within the companies themselves – and investors are well aware of that now," comments Sascha Haghani.

In a bid to raise the value of their investments, 22 percent of PE professionals are therefore planning to make add-on acquisitions and 20 percent are eyeing digitalization/Industry 4.0 projects. As Haghani explains, "Digitalization, in particular, is now cited much more often than it used to be as an area of investment activity, indicating the increasing relevance of the issue among PE firms today." 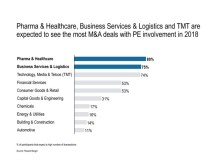 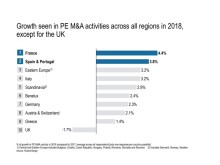