Munich, June 22, 2018: At their regular biannual meeting in Munich, the Roland Berger Partners reelected Charles-Edouard Bouée as the CEO of the firm. The reelection of the 49-year-old Frenchman follows a period of strong global business development. Stefan Schaible was reappointed as Deputy CEO. The meeting also saw the election of 17 new Partners.


Marcus Berret, Chairman of the Supervisory Board, said, "In his first term as CEO, Charles-Edouard succeeded in setting Roland Berger on a highly sustainable growth track. Charles-Edouard's visionary thinking and energy have been vital for this journey. I congratulate Charles-Edouard on behalf of the entire partnership on his reelection and wish him every success in further shaping this great company – the only global strategy consulting firm of European origin."

Charles-Edouard Bouée thanked the Partners for their confidence in him, saying, "I am greatly honored by my fellow Partners' decision to reappoint me. I take it as a compliment and as a mission. In the last four years, together we set Roland Berger on a sound new foundation and a clear growth trajectory. As a firm, we will continue to forge ahead while doing exactly what we advise our clients, which is to continue to build a responsive and flexible organization capable of exploiting the potential and opportunities offered by digital technology. Digital, tech expertise and cutting-edge management approaches are embedded in our DNA. We will further invest in our Terra Numerata™ ecosystem in order to meet all our clients' requirements in digital projects. But what makes us truly special is our ability to think and act as a partnership – and add value as a partner: for our clients, our colleagues, for evolving business ecosystems and for society at large."

Stefan Schaible has been reappointed Deputy CEO of Roland Berger. "Roland Berger has a global footprint, a European heritage and German roots. Stefan Schaible is the embodiment of the solidity and strength of those roots. I am very happy to have Stefan by my side once more on this exciting journey to create value for our clients, our colleagues and our firm," says Charles-Edouard Bouée. Stefan Schaible describes Roland Berger's positioning: "Our USP is the unparalleled ability to give premium advice in all industry segments and functional areas, as well as to sustainably support our clients, thus transforming their businesses to cope with the multiple challenges of today's dynamic business environments."

In order to bring the best capabilities to clients and help companies to cope with disruptive technologies, Roland Berger launched an initiative called Terra Numerata™ in 2014. The ecosystem brings together startups, technology providers, incubators, investors and players of different sizes and sectors. Within the Terra Numerata™ network, Roland Berger supports initiatives designed to underpin digital ecosystems using smart data and artificial intelligence. One example is Roland Berger's joint cooperation with Visa in Berlin: the SPIELFELD digital innovation hub. As of today more than 100 partners have joined Terra Numerata™.

Charles-Edouard Bouée, a French national born on May 17, 1969, is the CEO of Roland Berger and also responsible for the firm's Asia business. He is a seasoned expert in reorganization, post-merger projects and integration programs, as well as performance improvement, and specializes in disruptive innovation, new technologies and digital transformation.

Charles-Edouard Bouée joined Roland Berger in 2001 as Senior Partner in the Paris office, where he headed the Financial Services and Energy & Utility Competence Centers. He became President and Managing Partner of Roland Berger's China office in 2006 and head of the Asia Leadership Team in 2009. Charles-Edouard Bouée then assumed responsibility for France, Belgium, Italy, Spain and Morocco. He has since fulfilled consulting mandates for leading international companies and organizations based in Europe, Asia and elsewhere. Charles-Edouard Bouée was appointed COO in July 2013 and elected CEO of Roland Berger by the partnership in June 2014. In 2018, Roland Berger's international partners elected him CEO for a second four-year term.

Prior to joining Roland Berger, Charles-Edouard Bouée worked as Vice President for an American strategy consultancy in Paris from 1997 to 2001. He began his career as an investment banker (M&A and corporate finance) at Société Générale in London.

Besides a Master of Science from Ecole Centrale de Paris (ECP), Charles-Edouard Bouée holds an MBA from Harvard Business School and a Master's degree in Law from the University of Paris (Université Paris Sud XI).

As CEO of Roland Berger, he is involved in various business and community organizations in Europe, China and the US. He sits on the Alumni Board of Harvard Business School and is a member of the International Advisory Board of China Europe International Business School (CEIBS). Charles-Edouard Bouée also holds a Chinese green card, only a few hundred of which are issued each year. In 2012 the City of Shanghai presented him with the Magnolia Gold Award, the highest accolade available to foreigners in Shanghai, in recognition of his services to the city's social and economic development and his services to Chinese-European relations. On January 1, 2017, he was made Chevalier de la Légion d'Honneur by the French Ministry of Foreign Affairs.

Charles-Edouard Bouée has authored a number of groundbreaking books on modern management and China, such as China's Management Revolution – Spirit, Land, Energy (Palgrave Macmillan, 2011). His book Light Footprint Management: Leadership in Times of Change (Bloomsbury, 2013) is an informative guide for managers on how companies can successfully navigate the growing challenges of an ever more uncertain world, both economically and geopolitically. La Chute de l'Empire humain, a fiction story about artificial intelligence, was published in March 2017, 3 years after Confucius et les automates (Grasset, 2014). His books were translated into Chinese and Japanese.

Charles-Edouard Bouée works out of Roland Berger's offices in Munich, Shanghai and Paris.

Stefan Schaible is Deputy CEO of Roland Berger and responsible for the consultancy's business in Germany and Central Europe (Switzerland, Central and Eastern Europe and the CIS countries), a post he has held since June 2014.

Stefan Schaible specializes in advising the public sector and financial services industry, supporting major infrastructure projects and successfully managing large-scale business transformation. He is a recognized expert on global trends such as the changing role of the state, sustainable development and digitization.

Stefan Schaible studied Chemistry and Law at the University of Konstanz in Germany. He joined Roland Berger in 1997 and became a Partner in 2001. Schaible has been in charge of the company's public sector consulting portfolio since 2004 and was the Head of the International Civil Economics, Energy & Infrastructure Competence Center until his appointment as Deputy CEO in 2014. 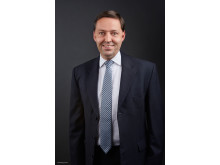